In Memory of a Special Teacher

Home » Blog » In Memory of a Special Teacher 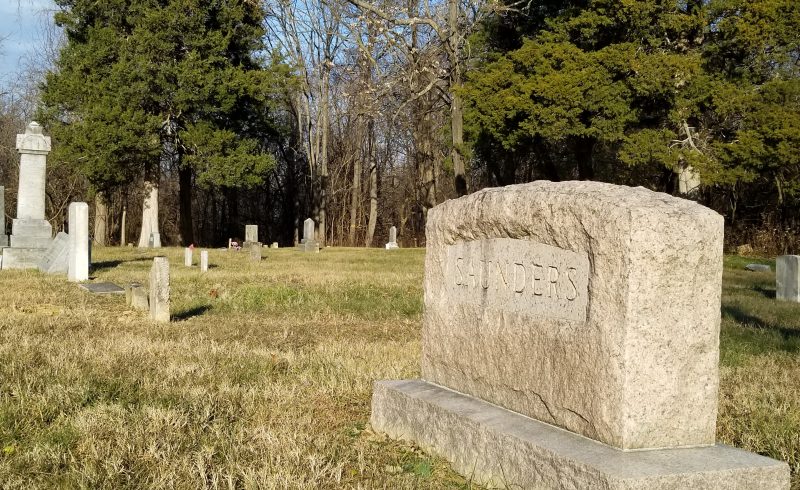 By Lynn Pechuekonis, Foundation Board Member

If you have ever visited Cedar Hill cemetery, you may have noticed one gravestone that stands out among the gray granite and marble because of its sandy-tan color. It bears the name Saunders on the front side on large letters.

This striking headstone was placed in honor of a beloved wife and local teacher, Inez Johnson Saunders.

Inez grew up in Summers County, West Virginia, home of the Great Bend Railroad Tunnel in Talcott. For her secondary education she attended what was then known as Bluefield Colored institute in the early 1900s and first came to Harpers Ferry in 1906 to earn her teaching certification from Storer College.

As a Storer student she wrote an essay on the value of magazines as educational tools, which was published in the school newsletter. Revealing her sweet spirit, she wrote “All classes of mankind want a more substantial degree of knowledge, a degree of knowledge that is not selfish but helpful; that does not breed hostility but kindness; does not degrade but elevates.”

After graduating from Storer, she went back home for a few years and taught in southern West Virginia schools. She finally returned to Harpers Ferry around 1912 and was hired to teach at the Bolivar Graded School, which was where African-American families in Harpers Ferry/Bolivar sent their children. In 1914 she married Storer College professor William Allen Saunders, who had been courting her for about a decade.

In 1930 construction of the Grand View School on Putnam Street was completed, and Inez moved with her students to the new facility. Agnes Twyman, a lifelong resident of Bolivar, still remembers Mrs. Saunders as her third and fourth grade teacher in the early 1930s. Born Agnes Mae Green in 1924, she grew up on Union Street with four siblings. Even after all these years, she has fond memories of Mrs. Saunders. “She was real nice, almost like a mother to us,” she said. 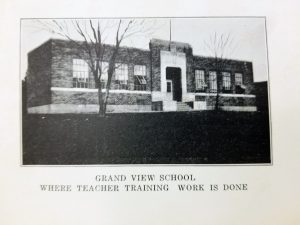 The Jefferson County school board reported paying Inez a salary of $1,080 for the 1936-37 academic year. Unfortunately, this caring teacher’s life was cut short. In the autumn of 1937, she was admitted to Martinsburg City Hospital due to heart failure. Her condition spiraled downward for a week, and she died on November 17 at the age of only 49.

The Spirit of Jefferson wrote of Inez, “She was well known and very highly esteemed by both white and colored residents of [Harpers Ferry and Bolivar].” Described by the paper as “a woman of sterling Christian character,” her funeral was held at John Wesley Methodist Episcopal Church, “of which she was a faithful member.”

Storer College reported to its alumni that Inez was “even in temperament, cheerful in disposition, constant in devotion to all worthy enterprises, a charming hostess and devoted daughter of Storer College, she was a woman of unusual attainments.”

Her husband expressed his grief through poetry:

You will never know the weight

That rests upon my lonely heart;

For her whose happy smile and bright,

Did always make my burdens light

And gave me strength to press the fight

Today, if you visit Mather Training Center on the grounds of the former Storer College, you can find a marble bust of George Washington in the conference room. It bears a plaque that reads, “In Memoriam, Mrs. Inez Saunders and The Class of 1908. Gift of Professor Wm. A. Saunders.” 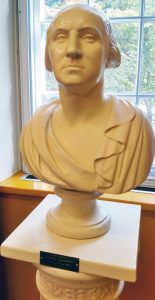 And, of course you, can visit her final resting place at Cedar Hill.

Lynn Pechuekonis lives in the house where Inez spent her final decade of life. Lynn is the author of a forthcoming biography of Inez’s husband William A. Saunders, to be published by the Harpers Ferry Park Association 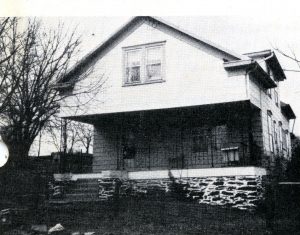