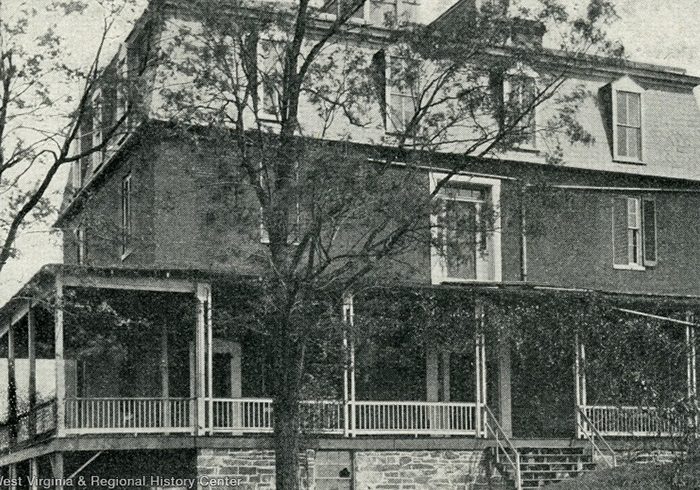 Most interpretive histories of Harpers Ferry focus on the John Brown Raid, the Federal Armory, and the Civil War. Lesser known, are the important legacies of the African American community, the Niagara Movement and Storer College.

This tour focuses on the working class and emerging middle-class African Americans who lived in the upper town of Harpers Ferry — and connects them and their significance with the Harpers Ferry of today. Through their struggles and perseverance, Harpers Ferry evolved into a place of which Frederick Douglass said, “The people of Harper’s Ferry have made wondrous progress in their ideas of freedom, of thought and of speech. The abolition of slavery has not merely emancipated the Negro, but liberated the whites.”

The U.S. Civil Rights movement can be said to have been advanced in Harpers Ferry not only by the John Brown Raid — the “spark” that ignited the Civil War — but also through the establishment of Storer College and its impact. Storer was founded to provide education to the formerly enslaved, freedmen and their children, though its charter required that the school be open to students regardless of race or color.  The school trained many future teachers and leaders.

Because of Storer, Harpers Ferry became a gathering place for many involved in education and civil rights including the monumental August 1906 gathering of the Niagara Movement — the forerunner of the NAACP. It was childhood home, permanent home, summer home, vacation spot, residence during the school year, place for summer training, or destination for such important figures as J.R. & Mary Clifford, Profs. Coralie & George Cook, Allen Mercer Daniel, Mary Terrell, Daniel & Anna Murray, W.E.B. Du Bois, Jean Toomer, Rev. Jared Arter, Prof. Henry Winters, and others.  Because housing was available, students came not only from local families, but also from other states and even other countries.

Importantly, Storer College not only provided education, but it also provided local residents with resources to help them become property owners.

All of the properties on the tour, except for those Storer buildings now owned by the NPS, are privately owned.  Please respect the owner’s privacy as you explore the town.

As you stand at the street-side of the Lockwood House (just above the Harper Cemetery) and look down Fillmore Street, as far as you can see (and even a bit farther) was essentially the Storer College campus from the late 1800s to 1955.  Most of the buildings and fields served Storer College as instructional buildings or dormitories or boarding houses or athletic and exercise fields or places of worship or campus life activities or faculty and staff residences. This area provided a relatively safe environment in which African-Americans could work, play, study, and prepare themselves to meet the future challenges that waited in the outside world.

African Americans and the white faculty and staff were often not welcomed in the Lower Town or in other surrounding areas — especially just after the war.  One early teacher remarked, “It is unusual to go to the post office without being hooted at, and twice I have been stoned on the streets at noonday.”

Washington Street is the main street in Harpers Ferry.  Throughout the town’s history to the present day, residences and commercial establishments have coexisted side by side.  And here, off of the Storer College campus, African American residents and white residents also coexisted and defined their relationships to one another. A few examples of remaining buildings related to prominent African Americans are next on your tour.

“To Emancipate the Mind and Soul”: Storer College 1867-1955
Images of America African Americans of Jefferson County

Your tax-deductible donation can help us print copies of the brochures to make available at the Jefferson County Visitor Center and the kiosk at Zion Baptist Church.

Featured image at top: An early version of the Lockwood House, courtesy of the West Virginia and Regional History Center at WVU, Storer College Digital Collection