Man of Sterling Worth: Professor William A. Saunders of Storer College

Home » Blog » Man of Sterling Worth: Professor William A. Saunders of Storer College 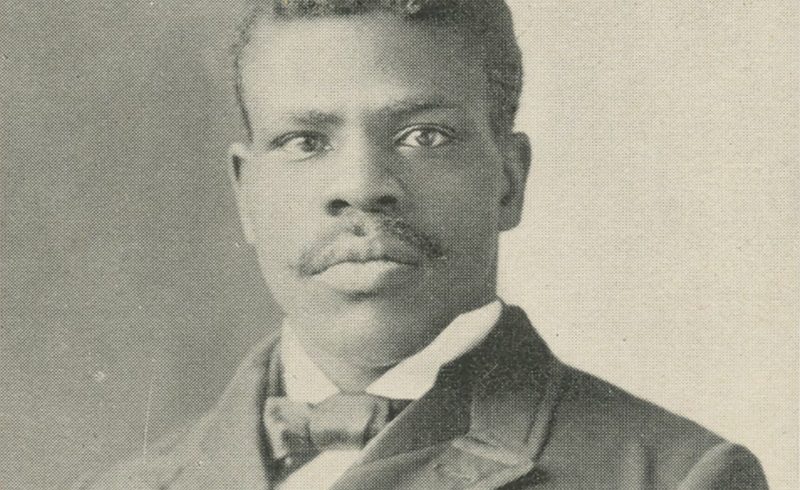 Our foundation vice chair, Lynn Pechuekonis, published a book! Man of Sterling Worth: Professor William A. Saunders of Storer College details the life of William Saunders, a professor at Storer College here in Harpers Ferry. We are so proud of Lynn, and we wanted to learn more about the book, so she was happy to answer some questions.

Q:  Who was William Saunders and what prompted you to write his biography?

A:  William Saunders was a Storer College graduate, who returned to the school to become its longest serving Black teacher. He came to my attention when my husband and I moved into Saunders’ beautiful house in the residential historic district of Harpers Ferry, just a block away from the old Storer College campus. We didn’t know anything about Saunders when we fell in love with the house. It’s a stately 1920s American foursquare built of solid stone, situated on a spacious double lot.

Clearly, someone of significance once lived there. So I started delving into its history and discovered that Professor Saunders was the home’s first occupant. The more I learned about him, the more I wanted to know – and nothing had been published about him since his death in 1963. The former Storer campus is now within the Harpers Ferry National Historical Park, and I was fortunate to connect with the director of the Park Association, who was interested in publishing more Storer history.

Q:  What did you cover in the book?

A:  The book begins with Saunders’ birth in Louisa County, Virginia, to formerly enslaved parents who were tenant farming until they could purchase their own small farm a few miles away. I was able to follow Saunders as he first came to West Virginia as an 18-year-old, working for the railroad in Talcott. He saw what life was like in coal country, and as soon as he could he headed to Storer College to immerse himself in education. He went from there to Bates College in Maine to earn his bachelor’s degree, experiencing both social and academic success among a predominantly white student body.

Eventually, Harpers Ferry drew him back when he was offered a job on the Storer faculty in 1907. He seemed to thrive wherever he went. He was a good man, a very capable man. He was voracious reader and could have been anything he wanted to be. But he declared his ambition at age 25: “Let us go forth to battle with the hardships of life for the benefit of our race.” He chose to benefit his race through education. The president of the Storer once called him a “man of sterling worth,” a “devoted friend of struggling youth” and a “friend of every righteous cause.”

He moved into his newly constructed home in 1927 and stayed until just after he turned 90, when he could no longer live on his own.

Q:  What subjects did Saunders teach?

A:  Over the course of his Storer career, he covered every subject from Zoology, Geology, Astronomy, and Mathematics to Latin, Sociology, Ethics, Pedagogy, History of West Virginia, and the Bible. He taught so many courses for so many years that a 20th-century Storer student could hardly have avoided sitting through at least one of his classes. While Storer college impacted the life of William Saunders, it’s clear that he also shaped the Storer experience for thousands of students.

Q:  Why should readers be interested in this book?

A:  First, whenever a person of impeccable integrity overcomes great odds and then turns back to help others, that’s an inspiring story. We need more of those stories in today’s world.

Second, very little has been published about Black life in Harpers Ferry outside the Storer campus. Because of my work with the Foundation, I’ve learned a lot about the context of Professor Saunders’ neighborhood and broader community, and I tried to incorporate some of that information as well. Consistent with the thinking of our entire board of directors, I believe it’s really important that the memories of the people who lived, learned, worshipped, and worked here on Fillmore Street near the college, as well on Washington, West Ridge and Putnam Streets in Harpers Ferry and on Union Street and throughout Bolivar are not forgotten.

If you are interested in ordering a copy online, they are available online at www.harpersferryhistory.org. Otherwise, you may find them at the Bookshop in lower town, Harpers Ferry. Book sales help support the Harpers Ferry National Historical Park’s interpretive and educational programs.

Bringing Down the Chimney

Recollections of Growing Up in Harpers Ferry