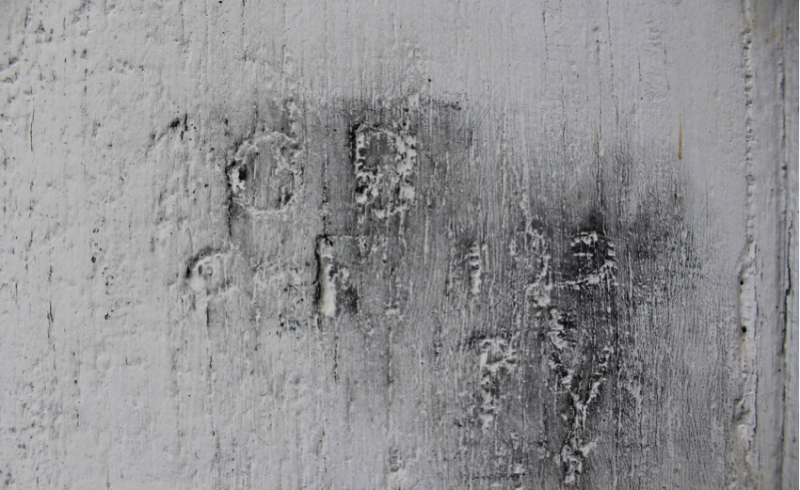 By Bonnie Zampino, Foundation Board Member

Carved deeply in the white-painted wooden trim of an exterior doorway of a yellow brick house, the letters “OB” stand out in stark and dark relief.

Below those letters are further etchings, although much harder to read.

There appears to be an “F,” some numbers, an unidentifiable letter and a “Y” next to it, and the numbers “54.”

After 160 years, its not easy to make out the rough shapes in the wood and plaster of this former Armory house.

With so little information, how can we ever know the story of “O.B.”?

Some familiarity with the states and regiments who passed through Harpers Ferry during the Civil War and the multiple inscriptions found in and on this building helps when trying to decipher these clues. The “Y” is most certainly part of “NY.” The “54” would be the regiment. The “F” most likely the company.

Armed with this bit of information, I begin perusing the muster rolls of the 54th NY Volunteer Infantry. But not only is there no one with the initials “O.B.” listed in Company F, there is only one man with those initials in the entire regiment. His name was Otto Baarbaum.

Was Otto the soldier who scrawled this into the door frame? And if so, what was his story?

Otto was born in Germany in February of 1845. In the fall of 1860, he set sail for America. After two to three months on a ship with 302 other passengers, a 15-year-old Otto walked down the gangplank at New York Harbor and onto US soil. It was a cold December day. Otto was alone in the throng of immigrants at the Port. He had left his family in Germany for a new life in the new world.   In less than a year, he was enlisted in the 54th NY Infantry and marching off to a war he most likely didn’t understand. His regiment was made up of mostly German men who prepared in camp near Hudson City, NJ, and left New York on October 29, 1861. Otto was 16 years old.

The closest he got to Harpers Ferry was Berryville, but he was only there for a night on his way to Winchester and points south.

From August 22nd straight through August 30, 1862, Otto’s regiment was engaged in battle. From Fox’s Ford to Sulphur Springs to Waterloo Bridge to Groveton and finally the battle of Bull run, his regiment fought against Jackson’s troops.   They went on to fight at Chancellorsville, Fredericksburg and, most notably, the Battle of Gettysburg. But Otto’s service ended on August 29th, 1862. At the age of 17, Otto was killed in action during the 2nd Battle of Bull Run.

If Otto had survived, he may have visited Harpers Ferry after the Battle of Gettysburg when his regiment camped in Hagerstown. But now he would never view the confluence of the two rivers or stare at the shelled-out and burned-out buildings of the armory complex. He would never climb from the lower part of town up to Camp Hill and visit the yellow brick building that holds the names of so many soldiers. He would never carve his initials into a wooden door frame there. Instead, he would be hastily buried where he fell on that hot August day in Virginia and, if by chance his body was recovered after the war’s end and moved as many were, he still would never have his initials carved on a marble stone at Arlington National Cemetery. Instead, Otto will be forever listed as “unknown”. His brief life story would also be unknown if someone else with the same initials hadn’t left them for us to wonder about over a century and a half later.

So, if Otto Baarbaum wasn’t the one who visited that house on the hill and left his initials there as if to say “I was here”, who did?

Bringing Down the Chimney